The power of the human spirit to prevail against all odds—for Jennifer Steinman, that’s what award-winning documentary films like <i>Desert Runners</i> are made of

Jennifer Steinman is an award-winning filmmaker. She produced, directed, and edited the feature-length documentary film Motherland, which won the prestigious Emerging Visions Audience Award at the South by Southwest (SXSW) Film Festival in Austin, Texas in 2009.

The footage from that breath-taking journey has emerged after a three-year labor of love to high praise at the 2013 Edinburgh International Film Festival by being selected as one of the prestigious “Best of Fest: “Desert Runners is a near perfect documentary, capturing the wonder of the human spirit and letting the audience into a world most of us would never dream of becoming a part of.”

Jennifer lives in New York and is co-founder of the film production company Smush Media. She began her filmmaking career in television in the mid-1990's, as a staff editor at CBS. Her work has aired nationally on PBS, The Discovery Channel, National Geographic Channel, Sundance Channel, The Food Network, and many other television networks. She has won a Telly Award and has been nominated for an Emmy Award for Outstanding Achievement in Editing.

But it's documentaries that are Jennifer's first love. Her films have been accepted into many major film festivals, including San Francisco International, Rotterdam, and Sundance. "I studied film as an undergraduate, and then worked in television for years," Jennifer tells us. "I've always been passionate about documentaries. I grew up in Berkeley, California, and activism and art were part of my childhood," she continues. "I've always wanted to create positive and meaningful art, and to make a difference in the world in a creative way."

Her documentary Motherland is a great example. It follows six grieving mothers from across the United States on a 17-day volunteer service trip to South Africa. Prior to their journey, they have each suffered the death of a child, but otherwise have little in common – except a desire to make sense of their tragedies and move forward with their lives. The movie won numerous awards, including Best Documentary at the California Independent Film Festival and the Jury Prize for Best Feature at the Sebastopol Documentary Film Festival.

Where did the inspiration for Motherland come from? "My passion has always been story telling," Jennifer explains. "I've always been interested in real people and what makes them tick. One of the women in the film, Barbara, is a good friend of mine. I'd known her and her son Jason for years, and when she lost Jason, I watched her go through a years-long grieving process. I was amazed that she was able to even get out of bed each morning while dealing with such intense grief."

Her stories are not always so emotionally wrenching; case in point – the Juice Plus+ Desert Runners. She first met Dave O'Brien when he was giving a talk for Juice Plus+. "I remember thinking, 'Now that guy is a character,' she confides. "But when he talked about this 4 Deserts thing he was going to do, I thought, 'Now that's a story!'

"I just went up to Dave and introduced myself and said, 'Hey, have you thought about filming what you're going to do next year?' Little did I know that this one impulsive moment would lead to a crazy year-long adventure that would take me to all seven continents – and that I would have the opportunity to meet all of these amazing people from all over the world."

Jennifer and fellow filmmaker Sevan Matossian travelled together to film Dave in his native Ireland, and then in the 4 Deserts race across Chile's Atacama Desert. "I thought before we went to that first race that it was going to be a bunch of elite athletes," Jennifer recalls. "But when I got to Atacama, I saw that these people weren't elite athletes, they weren't professional athletes – they were real people, people like me and you. They had simply decided that this was something they wanted to try to do. They wanted to challenge themselves in a new way."

Jennifer believes that everyone on "Team Juice Plus+" exemplifies the "Live Life to the Plus+" spirit, right down to taking Juice Plus+ every day for better nutrition. "To me, living life to the plus means making the most of every day that I have here on this planet. For me, that's making movies and telling stories – and sharing the gift of health with everyone I meet along the way."

When she is not completely consumed with her latest film project, Jennifer Steinman shares Juice Plus+ with others as a Juice Plus+ representative.

“Desert Runners is a near perfect documentary, capturing the wonder of the human spirit and letting the audience into a world most of us would never dream of becoming a part of. Most importantly it makes us care for characters that could have been hard to connect with. You might not go running with them, but you won’t forget them.”
http://www.bringthenoiseuk.com/201306/music/news/film-news-desert-runners-set-for-edinburgh-international-film-festival-2013-world-premiere

even the "titles and animations" folks are proud of this outing:
http://www.drawandcode.com/desert-runners-debuts-at-the-edinburgh-film-festival/

link to a crack report and the "must see" TRAILER:
http://www.edfilmfest.org.uk/news/2013/06/jennifer-steinman-talks-craziness-determination-in-desert-runners 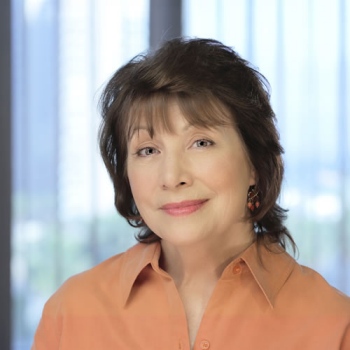