Dr. Richard DuBois, an early pioneer on the frontline of the AIDS epidemic, discusses the importance of nutrition for AIDS patients 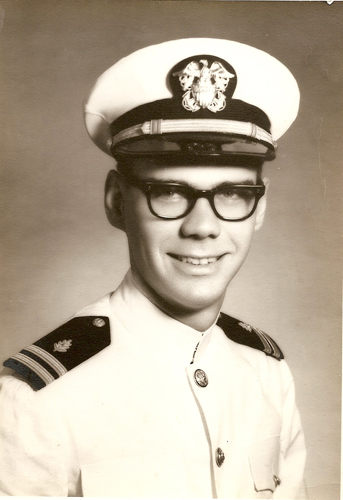 Sometimes, Living Life to the Plus+ is about doing what is in your heart, despite resistance from others. That was the case with Dr. Richard DuBois, an infectious disease specialist and one of the early pioneers in treating AIDS patients. He was one of the first to realize the importance of fruits and vegetables for disease prevention and the benefits of nutrition for AIDS treatment.

Dr. DuBois received his medical degree from the State University of New York, located in his hometown of Buffalo. After graduation, he served as a Navy physician for three years, including one year in Vietnam. While there, he treated a range of exotic infectious diseases with great success, thanks to the relatively recent invention of antibiotics.

“Prior to the late 60s and early 70s, so much of internal medicine was about drawing blood tests, waiting for the result, and seeing what you could do,” explains Dr. DuBois. “But with infections, you could really make an instant difference.” He decided then and there to specialize in infectious disease.

Because the field was still in infancy, there were only five schools in the country at the time that had subspecialty training in infectious disease. One of those was Emory University in Atlanta, Georgia. When he returned from his military tour of duty, Dr. DuBois headed to Atlanta, where he completed his training at Grady Memorial Hospital and started a hospital-based consultative practice.

Fast-forward a decade to 1981 and the AIDS crisis. Suddenly, infectious disease doctors were very much in demand yet people − including doctors − were scared. No one knew what this disease was yet and there was prejudice against its primary victims at the time: gay men.

“In the hospital, we had some fights at the executive-committee level,” Dr. DuBois remembers. “A lot of doctors made motions that we should not accept patients with AIDS. Other doctors did not want to have AIDS treatment drugs on the hospital formulary in order to discourage AIDS patients from being admitted.”

Even families of AIDS patients sometimes shunned their afflicted kin. “For the most part, the patients were very young men,” explains Dr. DuBois. “Many times, their families hadn’t even known they were gay so they effectively abandoned their children right there in the hospital.”

Amidst the fear and hostility, Dr. DuBois was a voice of reason and humanity. He fought to keep the hospital doors open to AIDS patients. He insisted they be incorporated into the mainstream care of the hospital − not banished to a single ward. And he treated them with dignity and care. “You got closer to these patients because they needed you so desperately,” Dr. DuBois says softly. “I had a patient that told me, ‘You’re the first doctor that touched me.’”

By the time he was introduced to Juice Plus+ by a colleague in 1995, one thing had become perfectly clear to Dr. DuBois: the AIDS patients who responded best to treatment for the disease were the ones who maintained the best nutrition. “When I heard about concentrated fruits and vegetables in a capsule, I knew right away it was the right thing for my patients,” he shares.

Today, Dr. DuBois is retired from his most recent position as chief of internal medicine at the Atlanta Medical Center where he received The Award of Excellence in Teaching, but he still shares Juice Plus+ with others.

Dr. DuBois realized, “Instead of one patient at a time, I could impact thousands of patients and make a difference in their lives.”