The Best Vegetarian or Vegan Christmas Dinner Without the Turkey

No matter how many loved ones we get to have around the table this year, let’s wrap up warm and make it cosy, fun, and delicious for everyone! Even the vegan millennial or vegetarian family member you’re never quite sure how to cook for ;-)

2020 is the year we’ve all learned how to do things differently, so why not add Christmas Dinner to that list too! Let’s explore what leaving out the roast turkey might look like with a festive plant-based Christmas menu instead. One that’s sure to please the vegetarian and vegan in your life, as well as the planet!

What’s the Difference Between Being Vegan and Vegetarian vs. Flexitarian?

The difference between vegans and vegetarians is that vegetarians avoid eating any meat (red or white meat, fish, or shellfish). At the same time, vegans also avoid all animal-sourced products, including eggs, honey, and dairy.

Interested in trying a day of vegan eating? Check out: Quick & Easy Vegan Recipes Under 15 Minutes

Whereas a Flexitarian is sometimes referred to as a “casual vegetarian” because they’ll occasionally add some meat to their meals. Flexitarians cut back on their meat intake and replace it with more fruits and vegetables.

Flexitarianism is growing in popularity with people who don’t want to fully commit to a vegetarian or vegan lifestyle but want to help make a difference to the damaging effect the meat industry has on our changing world climate.

Mushrooms: Meat for Vegans and Vegetarians

Did you know that mushrooms are a great alternative when it comes to eating meat? Not only are they earthy in flavour and “meaty” in texture, mushrooms are high in protein and fibre, which means they leave you feeling full and satisfied. They’re also low in sodium and calories while being fat and cholesterol-free.

Here’s a memory that still brings a giggle – decades later. I grew up in Australia, and in the late ’80s and ’90s, there was a huge advertising campaign dubbing mushrooms as “meat for vegetarians.”

Women, in particular, started going crazy for these ads, not entirely because of the health benefits of the humble mushie, but because of the hot buff guy delivering the message. Wearing nothing but a butcher’s apron ;)

I digress. Except that this segues beautifully into the festive Christmas Dinner Menu, I’d like to share with you here, featuring mushrooms as the main course… possibly with someone similar carving Wellingtons at your Chrissie table. 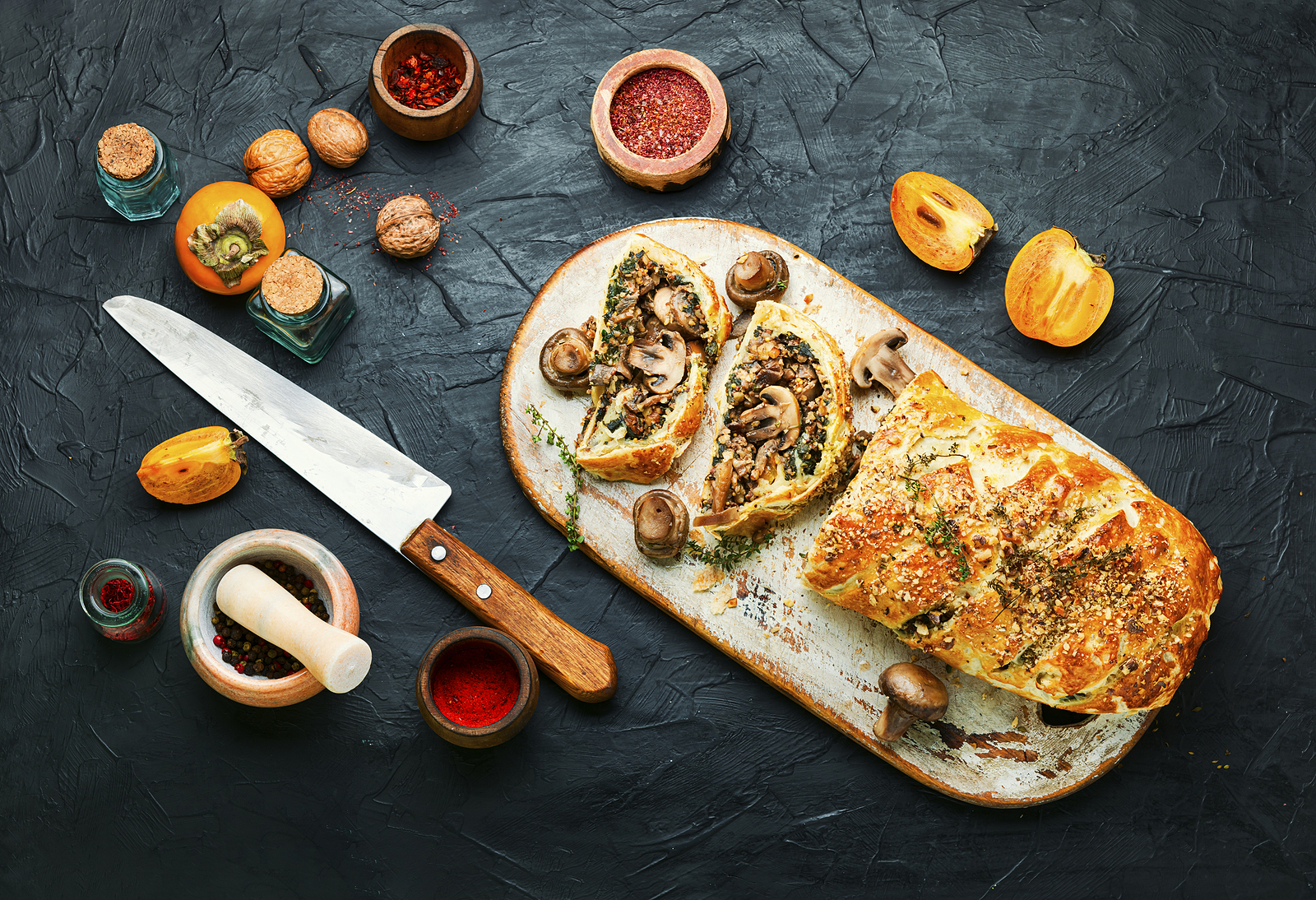 A Traditional British Vs. Vegetarian or Vegan Christmas Dinner

While I’m Aussie, my Dad is British. Growing up, both my Mum and Dad’s side of the family insisted on having a traditional British Christmas dinner. No matter how darn hot the day was forecast to be. Chrissie Day in the land of Oz was usually sweltering. And back then, most Aussie’s wouldn’t have dreamed of trading their British-style roast turkey with Yorkshire pudding, gravy, and all the veggie trimmings, for anything.

But as this year has shown us – anything is now possible, including a Vegan or Vegetarian Christmas dinner. Here’s how to make a plant-based Christmas menu festive and delicious:

To me, Christmas dinner is all about having a main course you can bring to and carve at the table, in front of everyone. Together with some traditional side dishes and trimmings.

So, while this menu is forgoing the turkey, it’s replaced with a gorgeous golden Wellington that’s simple, delicious, and can easily be made either vegan or vegetarian. Not only that, the filling can also be made ahead of time (do I hear an amen!) and is sure to draw just as many ohhh’s and ahhhh’s as a traditional turkey!

Serve your main course Wellingtons with some fresh Cranberry Relish (which is already vegan), together with some of your favourite side dishes, such as:

Have you tried serving a festive vegetarian or vegan Christmas dinner? If so, how did it go? We’d love to know! 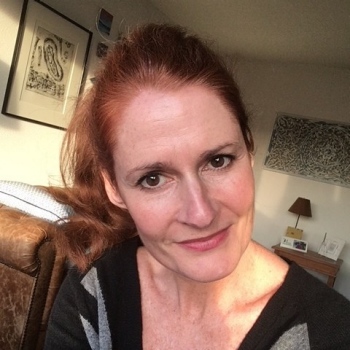